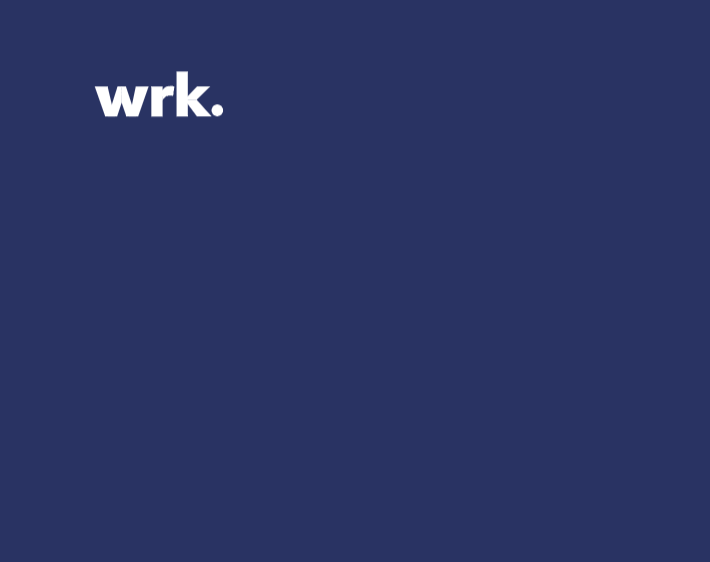 I have regularly teamed up with the Antoine Wodniack and Jimmy Raheriarisoa of Waaark since 2016. The developer/animator duo has played an important role in my work since my days at the creative agency Bonne Marque. So it was very exciting to hear they were opening an independent studio together, Waaark, for whom I was happy to be writing portfolio content for their visually arresting new portfolio. We were all awarded the 2017 Award of Excellence by Communication Arts for our efforts in this portfolio.

“We’ve called on Samuel’s services many times for our creative studio’s copywriting needs. Whatever project we had, he easily adapted to any industry to find the right tone of voice and provide the top quality content that allowed us to stand out. We could not recommend any other copywriter for your business.”

We talked about ‘Tone’ first. Antoine and Jimmy were well aware of the ‘Bonne Marque style,’ as they called it, and they made it clear several times that they didn’t want this ‘in your face’ bold tone for them. However, because they had only experienced my writing through Bonne Marque, they weren’t aware I was more flexible than that, so I assured them everything would be okay. I always deeply consider the brand and personalities of the organization when writing portfolio content.

There was too much so-called ‘fun’ in the French copy, which another writer had created before I began with the English version. In my opinion, these two brilliant professionals required a more classy touch. After talking, we agreed that clean and professional copywriting was the way forward. There was more than enough ‘fun’ in the design and animation, and the writing didn’t need to compete.

The three titles above are, at first glance, nothing particularly special, but look at how much is already going on, and realise that many of the elements in this design are animated. Clarity is everything. I selected words such as ‘elegant,’ ‘functional,’ ‘custom-designed,’ and ‘clear’ with consideration to mirror Antoine and Jimmy’s methodology and work, but there is little poetry at play.

The more interesting of the three headings is the third one, starting soft, with ‘fine’ and the playful rhyme of ‘studio’ and ‘two,’ before striking a harder finish with the words ‘know,’ ‘value,’ and ‘hard work.’ It’s no coincidence that the final heading plays with language more than its two predecessors, as though the license to experiment had been earned by solid foundations.

I spoke with Antoine & Jimmy about what they did for their clients. Some creatives undersell themselves and forget that the client probably doesn’t know what it takes to create a website.

I decided that an 8-step process provided clients with enough information to give them a real insight into what Waaark could do for them while not overwhelming them with too much information.

My writing is simple and understated, but not without emphasis. With the playful animations, the professional overview of the process a client can expect when they hire Waaark is incredibly persuasive.

As mentioned in the introduction of this article, Antoine and Jimmy are people we know well. In some respects, this makes my role as a writer simpler because I don’t have to spend much time researching and getting to know my ‘subjects.’ On the other hand, the writer must exercise their critical judgement with a greater discipline than usual. Which of Antoine’s or Jimmy’s qualities will be more interesting to clients? Which one word best represents what I want to say?

‘Straightforward’ is an alternative to the more common ‘Direct’ or ‘Honest’ options. It also offers the design some nice variety between the length of the chosen words. Ending with ‘Personal’ is a simple but necessary reminder that these two French legends are friendly people. They are always professional and a pleasure to work with. My experience of writing portfolio content was predictably enjoyable. If clients understand and believe this, my writing has been successful.

The site has been honoured with many awards in our industry, narrowly missing out on numerous ‘Site of the Month’ awards just because of the incredibly-popular release from another great agency portfolio, our friends at Resn. The near misses inspired Antoine to try some copywriting of his own actually, suggesting that Waaark’s new motto should be “so close.”

They’re far too talented for that motto, I thought. And I was correct in my assumption that the duo’s “so close” motto would soon fade into memory. Over the coming years, they attracted and earned a great amount of praise and awards from the industry, achieving so much together, and I like to think that my input in helping the two find their voice and define their craft and creativity helped.

We received recognition in another manner, too, having our work featured in several industry publications, notably in netmag and a special printed CSS Design Awards publication that featured award-winning sites that helped shape the future of web design.

Jimmy is now following a new career as a YouTuber after the popularity of his content skyrocketed. Antoine is a freelance developer who you can reach here: https://wodniack.dev/

You can still visit their award-winning site and experience the expert development and animation firsthand, though: https://legacy.waaark.com/